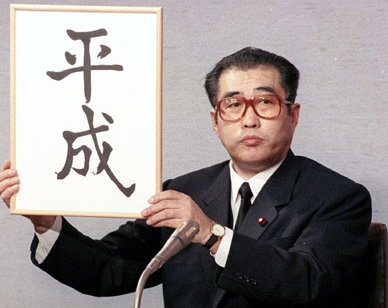 An acquaintance, a British citizen who got a driver’s license in Japan, was driving in the US. A police officer stopped him and asked him to show his license. It said ‘born in the year of 38’. The officer looked at the man and went, “Surely you were not!”  But he was. He was born in the 38th year of Showa, not in 1938. Showa is one of Gengo, the way we count years in Japan according to the reign of an emperor.

When my mother and I were leaving Narita airport for New Zealand on the 8th of January, 1989, the TV was reporting the death of the Showa emperor and showing the name, Heisei, the era of the new emperor. I got married later that year and the oath my husband and I read finishes with ‘Heisei Gannen (the first year of Heisei).’ Both our kids were born in Heisei era. I am not a royal fan per se, but I hope Heisei will continue for some more years.

Imperial couple to get a lighter workload due to advanced years 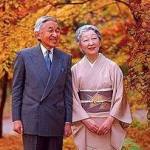