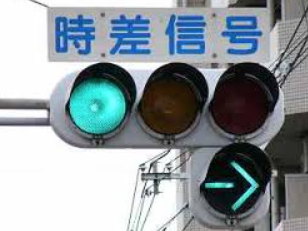 Pukekohe will have its first set of traffic signals. A lot of local residents, including me, feel a bit sad about it, as it symbolizes the end of the rural character of this small country town at the southern edge of Auckland ‘Super City’.

What are the three colours of signals? Red, yellow and green? In Japan, we call them ‘Aka, Ao, Kiiro.’ Red, Blue, Yellow. Why blue, not green?

Theories abound. They are easy to say. They are the three primary colours. Ao, blue, has been used to describe green in Japan. (Blue mountains means green mountains.) It was difficult to make green lights. The international law designated red, green and yellow for traffic signals but everyone called it blue in Japan so the Japanese law had to be changed accordingly after the war.

A very cynical joke by a comedian described the herd mentality of the Japanese: Aka-shingo, minna de watareba kowaku nai. (Red signal, if everyone crosses, it’s not scary.) I witness this in parts of Auckland too.

When you go to Japan, you will see green lights, but remember they are blue. 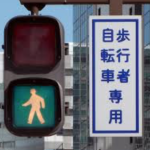