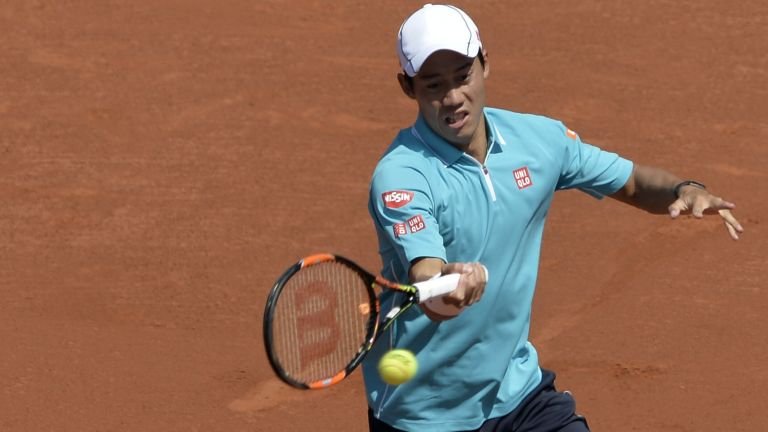 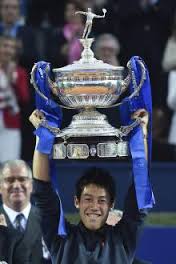 The unseeded Andujar had beaten Fabio Fognini (who had earlier upset Rafael Nadal) and David Ferrer en route to the final and made the perfect start breaking Nishokori’s serve in the very first game, however Japans world number 5 broke back immediately and eventually took the first set breaking in the 10th game. Nishikori had labored through the first set which had seen him uncharacteristically make thirteen unforced errors.

The Second set started almost identical to the first with the Spanish, world No 66, breaking straight away but then, unlike the first he moved into a 4-2 lead. Andujar’s confidence was beginning to grow but wasted chances to extend his lead allowing Nishokori to break and level at 4-4. The reigning champion finally powered through the final games to seal the victory and claim his second title of the season.

“Finally yes, I am the champion, but in the beginning (of the week), I was just playing one match at a time with so many tough players and all the Spanish players playing here,” said Nishikori.

“I tried to do my best and I am very happy. The second set was very hard and to be honest I don’t know how I was able to win it.”

So who is Kei Nishokori?

Born 29th December 1989 in Matsue, Japan he began playing tennis at the age of 5. After graduating high school he moved to Florida in the United States and joined the IMG Academy where he was coached by Brad Gilbert, who had previously coached former World number ones Andre Agassi and Andy Roddick. He turned pro in 2007 aged 18

He is a solid offensive baseline player who can generate a lot of pace in his strokes – especially his backhand – while his forehand is very accurate.  Currently being coached by former World No 2 Michael Chang he has learnt to take balls early and has improved his consistency level. He has – according to a number of critics – one of the best backhands in the game.

Currently Ranked number 5 in the world, Kei Nishikori has won nine singles ATP titles. He is the only male Japanese player to ever rank in the top 10. In the US open last year he became the first Asian male to reach a Grand Slam final, losing in three sets to Croatian Marin Čilić, after defeating Roger Federer in the semi-final and also the first Asian man to qualify for the ATP World Tour Finals last year, in which he reached the semi-finals.