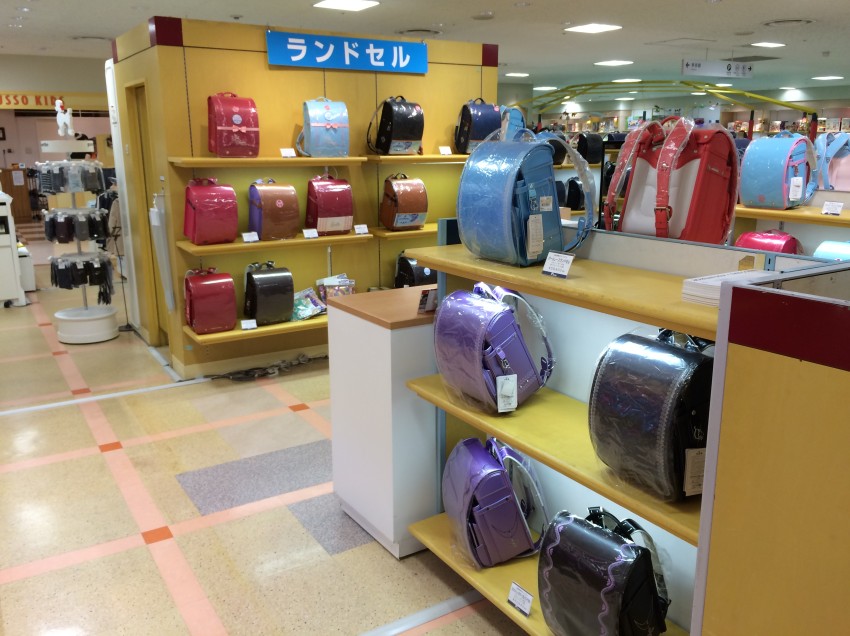 Randoseru (the word originally comes from Dutch) is a type of backpack typically used by primary school students. You will see them when you come across children going to and coming from their primary school. Recently it became a fashion item for grownups, and it is getting popular for foreign visitors as souvenir.

When I returned to Japan this year, I was pleasantly surprised to see a variety of colours carried by the children. Traditionally red was the colour for girls and black for boys. When I chose pink for my daughter I was told by a colleague at school that she would be bullied because it was unusual. I was certain that she would be bullied for some other reason if ever and I dared to buy the item. (I went on to choose blue for my son two years later.) Now children wear all sorts of colours and the choice at department stores is mind-blowing.

Note that primary school children in Japan have no school uniforms except at some private schools. They can wear whatever they want to, but somehow none of them fail to carry randoseru. It is a very expensive item, and often grandparents buy one to celebrate their grandchildren’s entry to primary schools. The randoseru looks huge, almost a burden to a 6-year-old new entrants but looks tiny perched on the back of a 12-year-old graduates. It carries a special memory for children and their parents, and some people pay a lot of money to ‘shrink’ the randoseru to a miniature so they can cherish it long after they left the primary school. 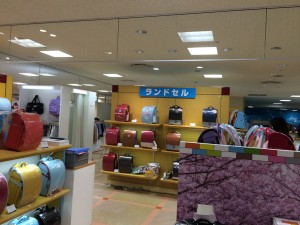