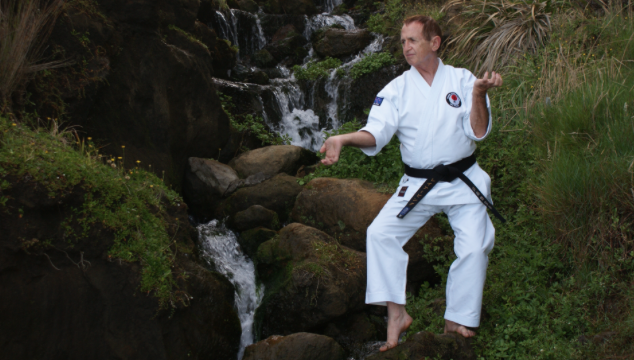 Ray Irving is a black belt Karate sensei and runs Shotokan Karate dojo in greater Auckland including Pukekohe, Waiuku, Drury, Maraetai, and Hokitika and Alexandra in the South Island.

Adopted by a farmer, Ray was brought up in Waiuku enjoying being physically active.  He

sometimes skipped school and went catching eels in the waters. He joined the New Zealand Navy at the age of fifteen and after serving for ten years including involvement in the Malaysia conflict, he returned to New Zealand and started a family.

He decided to take up Karate while in the Navy after practicing boxing since he was twelve because ‘it was something different.’ He visited Japan to be trained in 1986 and 1992, and then he opened his first dojo in Pukekohe. 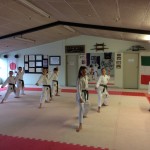 Some students are interested in Karate as a means of self-defense, and Ray makes sure that they feel they are in the safe environment. When they practice with body contact, they wear protective gear. Ray also makes sure that the students understand the relevance of kata, the basic movements.

Starting from white belt, some students hit a ceiling around green, blue 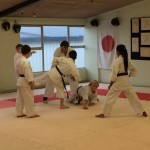 or purple belt level, finding it too challenging and drop out. You must break through this phase to get even better, let alone to compete at the Olympic Games. Karate, originated in Okinawa, is now practiced all over the world, Europe in particular. Ray goes to Germany to learn how to use weapons. Ray sites two qualities you need: right attitude and right diet. You’ve got to be on top of fear and take action. Lots of water, fish, green vegetables and green tea. 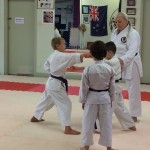 He will celebrate his seventieth birthday this November but has no plan to retire. “I have had an exciting and adventurous life. The beauty of Karate is you can practice it at any age. I cannot kick up as high as I used to, but there are always improvements to make. People ask me what else you can do after you become a black belt. My black belt has been worn out to show white. You start all over, learning in depth.”