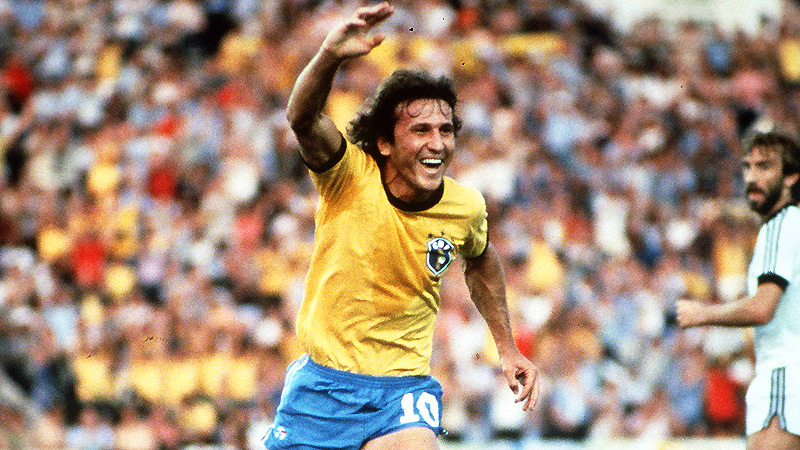 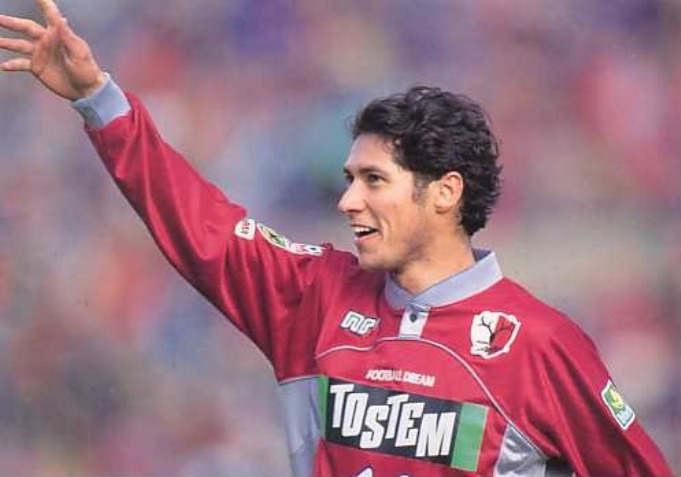 Since the J-League started in 1993 many Brazilians have graced the Japanese game, just last season Brazilians made up 62% of foreign imports in the division and currently there are 35 Brazilians playing in Division 1 alone.
Japans love affair with Brazilians began when the samba legend Zico came out of retirement in 1991 to join Sumitomo Metal Industries Football Club, now called Kashima Antlers. He finished top scorer in his first season and gained Kashima their place amongst the elite 10 teams in the newly formed J-League. Then in the opening season he went on to earn small town club Kashima a second place finish in the division, unexpectedly as they were up against much wealthier larger clubs.
His performances earned him the nickname ‘サッカーの神様 sakkā no kamisama’ or ‘God of Soccer’ from the Japanese fans and became a local legend in Kashima for putting the small town on the map and a statue to honour him stands proudly outside the Kashima Soccer stadium. He scored 46 goals in 65 games. He even came back and coached the Japan national team in 2002 after a unsuccessful World Cup.

Since then many Brazilian legends have graced the J-League, albeit mainly at the end of their illustrious careers. After Brazil won the 1994 World Cup in the United States an influx of these superstars moved east to Japan. 8 members of this squad graced the J-League. These included Leonardo, Muller in 1994 and 1995 respectively (winning the league in 1996) and Bebeto in 2000 who all played for Kashima, as well as the well-loved and former Brazil Coach Dunga who played for Jubilo Iwata from 1995-1998, winning the league and earning MVP for the 1997 Season. Well known players from the 1998 Brazil World Cup squad Cesar Sampaio played in Brazil for 9 years and being called up for the Brazil squad while playing for Yokohama Flugels and Edmundo who played for Tokyo Verdy and Urawa.
More recently the biggest Brazilian star to play in Japan was Hulk (who played in the most recent World Cup last year) who spent most his early career from 2005-2008 in Japans second tier scoring prolifically.
This obsession for Brazilians stems from the Japanese high desire to learn and when ‘the powers that be’ decided to form their own national division they saw Brazil as a perfect blueprint to copy from and their superstar players as teachers their local talent could learn from.
The links between the two nations go back further than just football with 1.6 million Japanese calling Brazil home (the largest Japanese population outside of Japan) so the football links seemed like a given. 2 Japanese-Brazilians have even played for the Japan national side, Alex and Tulio. 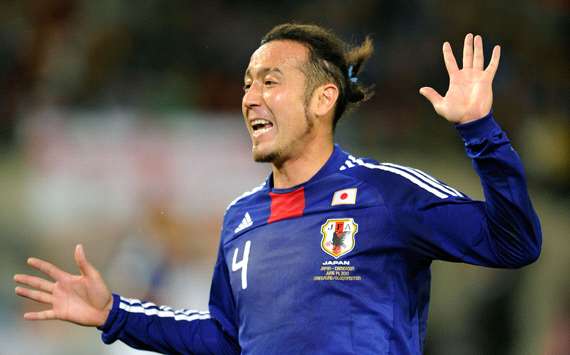 The success of these stars in the past has probably meant that clubs in the last few years have feel obliged to play the leagues current samba stars in the hope that they will find the next new legend but sometime these modern Brazilians have failed to live up to expectations taking their places in the side instead of younger hungrier home grown talent.
More recently the emergence of Japanese superstars has meant that coaches tend to now pick their teams based on talent as opposed to nationality. It looks like the Brazilian influence is here to stay but it looks like now the players will only play instead of their Japanese teammates if they have earned their place in the team.
As the league gets bigger and bigger, who knows more world class players (not just from Brazil) could decide to end their careers and bring their influence to the J-League as opposed to the United States or the Middle East.
Currently ex Manchester United and Atletico Madrid (and Uruguay international) striker Diego Forlan plays and scores regularly for recently relegated Cerezo Osaka and once capped England international and ex Cardiff, QPR and Coventry striker Jay Bothroyd has just started his first season with Jubilo Iwata to name just a couple of other nationality players currently in Japan, so maybe the change has already begun.