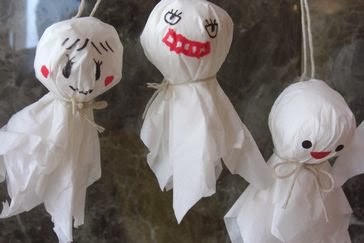 I wonder if you have ever seen a ‘teru teru bozu’ as in the picture below?

No it is not a ghost or a Halloween decoration. This is in fact a superstitious amulet, to bring good weather and stop rainy days.

In Japanese ‘teru’ is a verb, which describes the sunshine, and ‘bozu’ means a Buddhist monk。

Why not ask your Japanese friend if they made a ‘teru teru bozo’ today to bring on the good weather?

The traditional song ends with a threat to the teru teru bozu. If it does rain we will snip your head. In reality they are just thrown away.