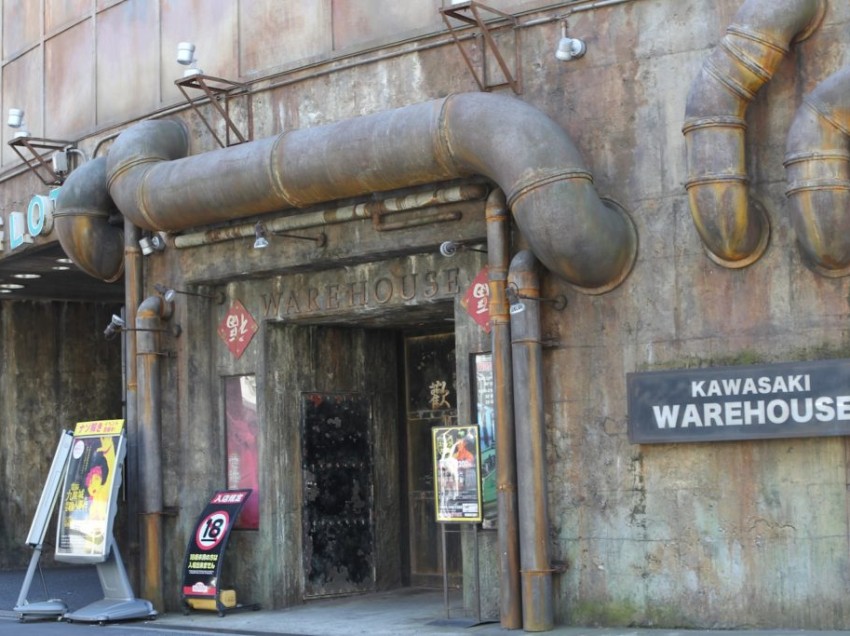 Not far from Kawasaki station sat between 2 normal looking tower blocks is a rusty looking building that once you enter is like something out of Blade Runner.

Anata no Warehouse (Your Warehouse) is a large fully functioning Japanese arcade with a twist, not only is it overs 18s only, once you enter through the large steel doors into a scary looking corridor you are transported to Hong Kong and a full replica of the Walled City of Kowloon. 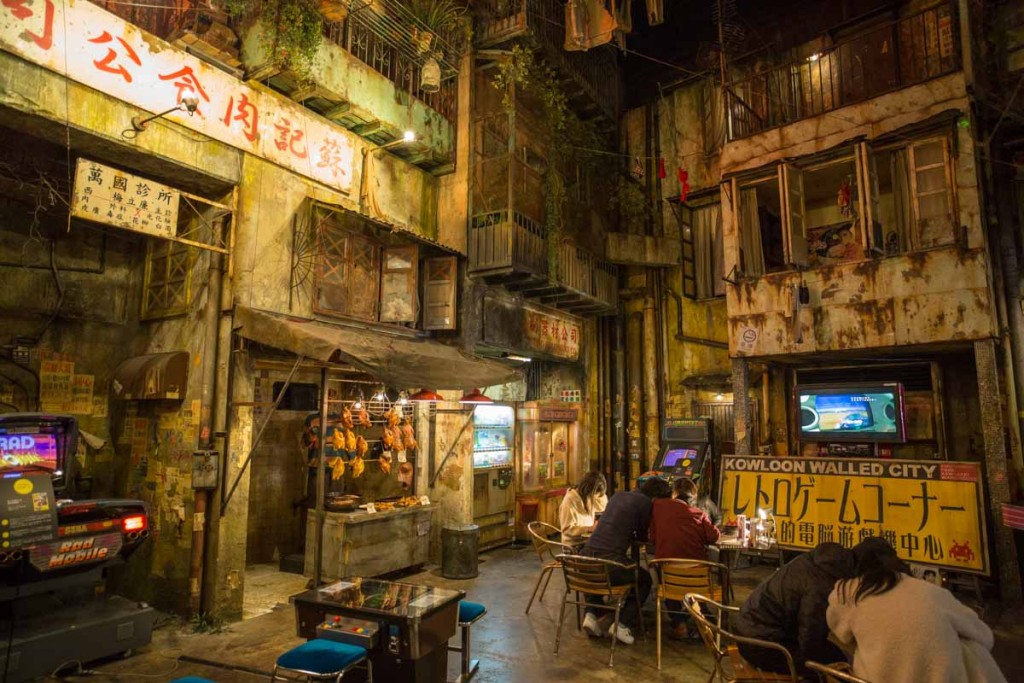 Where? You ask….well let me explain.

Originally a Chinese military fort, the Walled City of Kowloon, with little to no police involvement and over 33,000 residents and at only 6.4 acres, it was a densely populated town of crime and prostitution as well as a thriving community.

The slum like houses could be traversed by ladders across balconies and rooftops, with planes flying close over and its own network of narrow alleys and streets.

In 1987 after years of fires, police raids and constant crime evictions began to take place and the city of neon signs, shady goings on and maze like alleys was eventually demolished.

The city was inspiration for films such as Blade Runner and Ghost in the Shell.

The designers of Anata no Warehouse studied old photographs and accounts of the city and carefully recreated the look and atmosphere adding grime, rust, graffiti and sound effects to make the experience feel like you have been transported to the time and place. 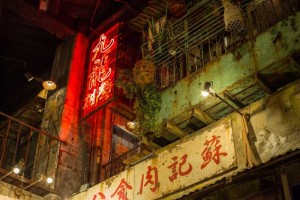 On the ground floor you can look through the windows and see prostitute dens, shops and the such and the corridors are adorned with neon lights and ripped posters then once you get upstairs there is an amazing 2 story façade featuring meat vendors, balconies and washing lines…..surrounding modern day arcade games, UFO catchers, dance machines and every sort of game you would expect to find in an arcade in Japan.

As you go up to different levels more games are available such as gambling machine and pool tables and darts. 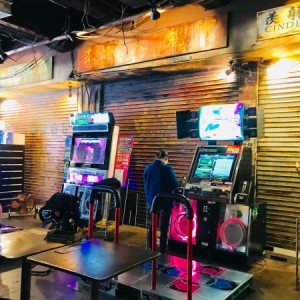 Even the toilets and vending machines in the building are made to look old and grimy to add to the atmosphere. 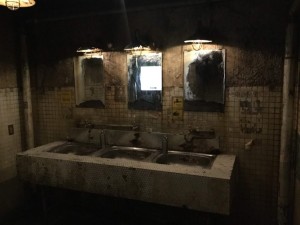 To end the day after you have played your final few coins in the games machines you can exit via a sci fi themed tunnel featuring a glowing red path that leads to a steaming pool which must be crossed using stepping stones and rusty railings and just as you have forgotten you’re not living in a movie you are back into the real and a normal looking car park.

To get there the arcade is about a 5-to-10-minute walk from Kawasaki Station. It takes half an hour from Shinjuku and is only 9 minutes from Shinagawa.