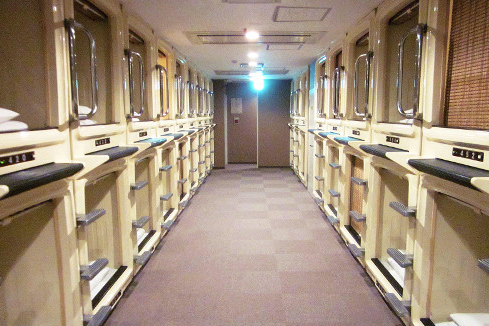 It’s funny but true that a foreign visitor sees and experiences more than a local resident. I have never stayed in a capsule hotel, unique to Japan, neither has my husband. One of my Yoga friends, a kiwi in her fifties, told me about her stay in one when she visited Kyoto as part of her course studying Japanese gardening together with eighteen fellow students.

The hotel had separate dormitories for female and male, with shared bathroom. She had no 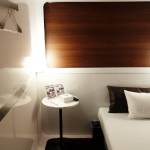 issue with privacy or noise, and the room was perfectly OK. It’s just that you can’t stand up.

I checked some Japanese websites, including one in which a travel writer had stayed in sixty capsule hotels in Tokyo and ranked them. (He could not stay in female only facilities.) The price ranges from 1500 yen to 5000 yen. As a couple or a family it could be cheaper to stay in a business hotel, but it is a viable option if you are on your own. Many sites note that capsule hotels, once considered for male only, now have ‘evolved’ into mainstream option for female clientele, boasting clean and up-market amenities including spas and baths. 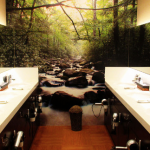 Most capsule hotels are close to railway stations (often a couple of minutes), which reduces stress for travelers.  If all you want is to have a good night’s sleep, why don’t you try one?

Tokyo Hotels from the cheapest