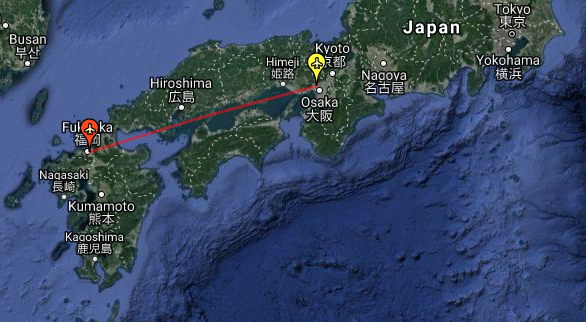 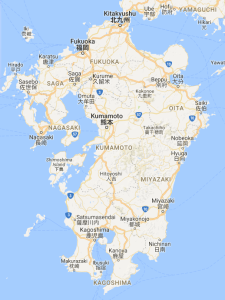 Island, with a population similar to Auckland. The easiest and cheapest access is by airplane from Osaka, which takes only 70 minutes.

The Fukuoka Airport has excellent access to the CBD, only 7 minutes by subway. The funny thing, though, is that the central railway station is called Hakata Station. Not only that, you will see many things named Hakata, including the famous local dish Hakata ramen.

When Meiji government wanted to name the city, there was a big controversy between Fukuoka and Hakata, different areas of the town. The two names are used as a compromise.

Hakata Station in Fukuoka City is a gateway to the rest of Kyushu Island, either by Shinkansen or by car. We rented a car and drove around Kumamoto and Saga Prefecture. 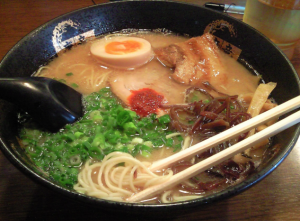