For many Japanese people, the dates between April 29th and May 5th are the best time of the year.

These dates make up Golden Week, as four national holidays fall over a seven-day period meaning that with weekends included it equals to almost, or an actual full week off work. Many companies close for this period and staff receive time off with full pay so it is a great time for people to enjoy time with their friends and families and travel across country or abroad for a well earnt break.

Trains, airports, and sightseeing spots get very crowded during Golden Week, and accommodation in tourist areas can get booked out well in advance. So, its recommended to plan ahead, also prices for air fare and accommodation generally becomes more expensive.

The holidays celebrated during this period are –

Showa Day kicks off Golden Week on April 29 as the annual observation of Emperor Hirohito’s birthday. Emperor Hirohito ruled Japan from Christmas Day in 1926 until his death from cancer on January 7, 1989. The word Showa can be translated to “enlightened peace,” and Showa Day is recommended not necessarily as a day to glorify Emperor Hirohito but more as a day to reflect on and think about the turbulent 63 years of his era. Showa Day is largely considered a day of rest and many office workers get a long weekend when the holiday falls on Friday or Monday.

The second holiday during Golden Week is Constitutional Memorial Day on May 3. As the name implies, it’s a day set aside to reflect on the start of democracy in Japan when the newly approved constitution was declared in 1947.

Prior to the “Post-War Constitution,” the Emperor of Japan was supreme leader and was considered to be a direct descendant of Amaterasu, the sun goddess in the Shinto religion. The new constitution named the emperor as “the symbol of the State and of the unity of the people.”

The emperor’s role as head of state was made ceremonial and a prime minister was made the head of government. The most debated and controversial part of Japan’s Constitution is still Article 9, an article that prevents Japan from maintaining armed forces or declaring war.

Many locals reflect on the value of democracy in the Japanese government on this day, and many national newspapers publish features about the current state of affairs regarding the Constitution.

As the name hints, Green Day on May 4 is a day to celebrate nature and show appreciation for plants. The holiday actually began in 1989 on Showa Day as the day to observe Emperor Hirohito’s birthday (he famously loved plants), but the dates and labels were moved around in 2007, moving Green Day to May 4.

Meant to be a celebration of nature, many Japanese citizens use this holiday for trips to the countryside.

The last official holiday of Golden Week in Japan is Children’s Day on May 5. The day did not become a national holiday until 1948, however, it has been practiced in Japan for centuries. Dates varied on the lunar calendar until Japan switched to the Gregorian calendar in 1873.2w

On Children’s Day, cylindrical flags in the shape of carp known as koinobori are flown on poles. The father, mother, and each child are represented by a colourful carp flown in the wind.

Originally, the day was just Boys’ Day and girls had Girls’ Day on March 3. The days were combined in 1948 to modernize and celebrate all children.

Due to The Covid-19 outbreak unfortunately throughout the 2020 Golden Week people are being encouraged to stay at home to save lives, hopefully people will relax at home and avoid areas getting crowded.

At least people will have time off to spend at home with their family and relax. If you are in Japan during this time, please be safe and enjoy responsibly 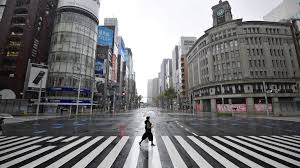