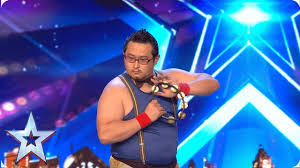 The current season of Britain’s Got Talent is currently showing in NZ and as always has some hilarious acts, but topping them all has to be Gonzo! The Japanese, lycra wearing, tambourine playing, face whacking amazing dance act.

If you haven’t seen him or heard about him I recommend watching the video I have included below.

It was a tough time for him to first appear on stage, following a live performance from former contestant and Britain’s got Talent winner Susan Boyle but he absolutely smashed it!

Asked by the judges why he flew in from Japan to appear on the British version of the show, Gonzo replied ‘I watched on YouTube in Japan Susan Boyle sing…..Oh yes, I welcomed Susan Boyle’s energies into my heart!’

To which Simon Cowell replies……’Oh ok, so you have eaten her soul’ 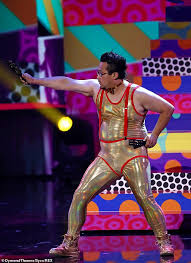 He then went on to perform and dance with his tambourine to ‘Livin la Vida Loca’ By Ricky Martin and ‘Just got paid’ by Sigala.

Ending in him……well just watch the video, no spoilers. But it ended in the crowd going wild and a standing ovation and 4 yes’s and a trip to the semi finals!