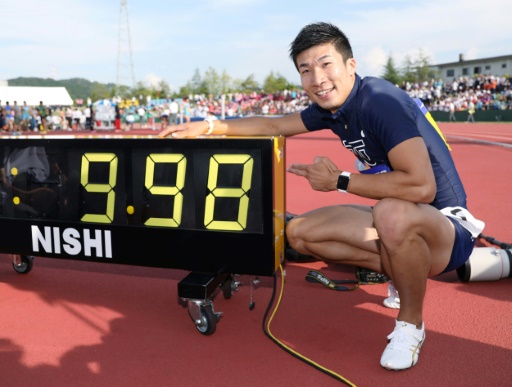 Yoshihide Kiryu on Saturday smashed a national 100-meter record in a time of 9.98 seconds to become the first Japanese to break the 10-second barrier.

The 21-year-old, a member of Japan’s silver medal-winning men’s 4×100 relay team at the Rio Olympics, shattered the previous record by 0.02 seconds at an intercollegiate meet in Fukui, central Japan.

The Toyo University student started moderately in the final but raced past his rivals in top gear and finished first with a 1.8-meter tailwind.

Kiryu screamed with joy after crossing the line and pointed to a display clock showing his time.

“I’m thrilled to have done it in my last 100 race of the season,” said Kiryu, according to Kyodo News.

“I’d been stuck for four years and I managed to rewrite my own record at last,” he said.

“I’m on the starting block of the world now that I’ve run a nine,” he added. 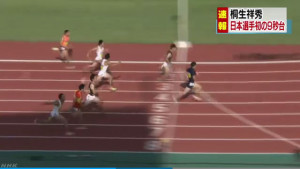 Kiryu, who ran a wind-assisted 9.87 in the 100m in 2015, had long competed with his domestic rivals, including Japan teen sensation Abdul Hakim Sani Brown, to achieve the national feat.

Japan’s previous national record of 10.00 was set by Koji Ito in 1998. Ito’s time was the Asian record until 2007 when Nigerian-born Qatari Samuel Francis streaked over the line in 9.99.