Japanese Cranes – A Symbol of Love and Long-life 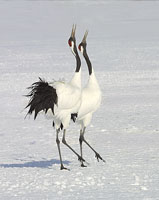 The Japanese Crane or ‘Tancho’ is a symbol of fidelity, good luck, love and long life and inhabits the eastern regions of Japans northern island Hokkaido. 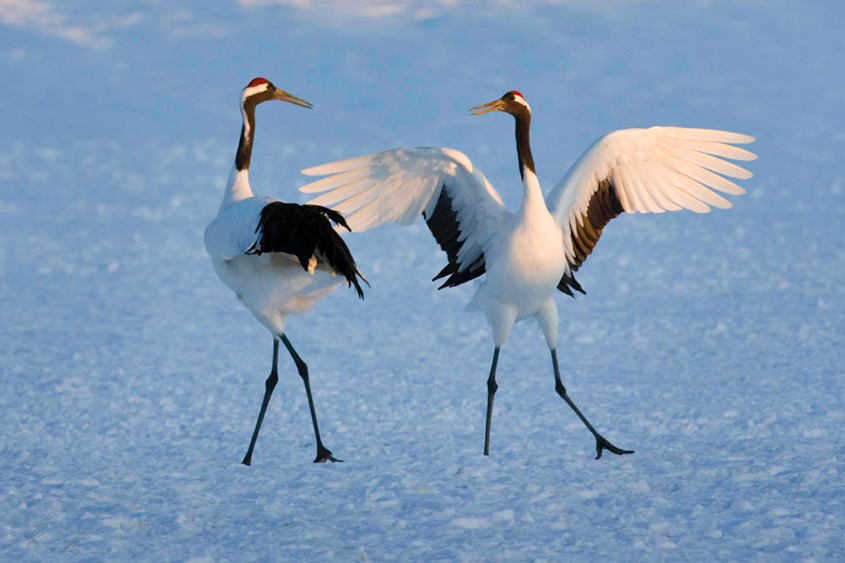 This elegant graceful bird is one of the world’s largest birds and stands around 1.6 metres tall with a wingspan of up to 2.5 metres, they can weigh anywhere from 7-10.5kg but have been known to weigh up to 15kg. The birds can live up to 70years in captivity or about 20-40years in the wild and they mate and partner up for life, maintaining these relationships with one of nature’s most amazing and elaborate dancing and calling rituals.

In Japanese culture the Tanchozuru is said to live for 1,000 years and are said to give favours in return for acts of sacrifice. They have featured on samurai crests in the past and also the 1000Yen note and are the official logo of Japans national airline JAL.

The Japanese Crane became one of the favourite subjects of Origami after World War 2 as it became a symbol of peace and harmony.

Classed as an endangered species, there only an estimated 2,750 left in the wild with around 100 of these calling Japan home. This is due to humans destroying large areas of their natural habitat in the wetlands that these beautiful birds need for their breeding and living. Also low rainfall and new dam construction is causing the wetlands to dry out.

It was thought these birds were on the verge of extinction until a small group of local farmers took it upon themselves to feed the birds regularly to help them through the winter months when food is scarce. The farmers saw it as a great honour the birds visited their farmland and treated them as guests.

This has brought them back from the brink and it is now thought the birds are beginning to gain the upper hand yet again and numbers are starting to slowly stabilise and with help of local and worldwide organisations this amazing bird will eventually be saved.