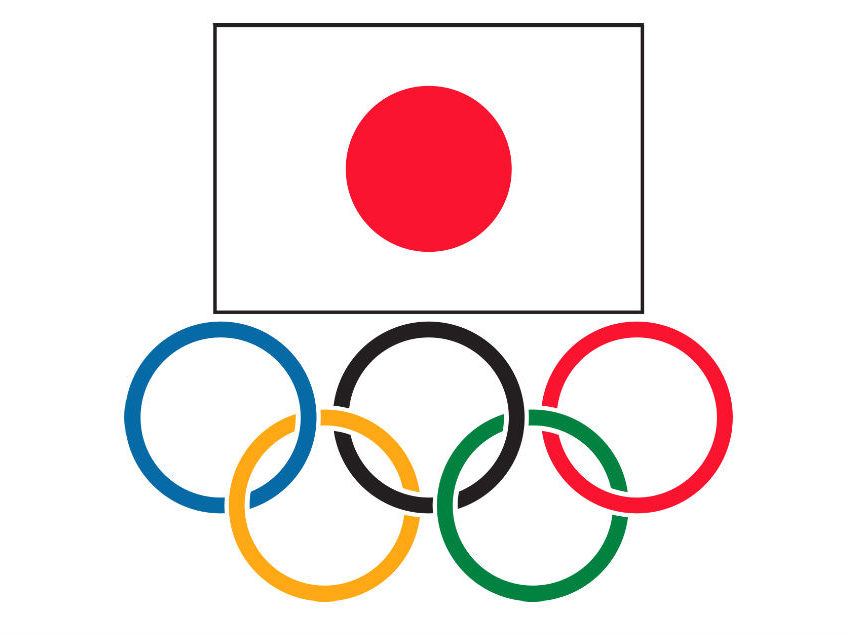 I was going to write an article on Japan’s medal hopefuls for the Olympics but due to the postponement of the games until next year I thought I would change it up and look at some of Japan’s greatest and most decorated Olympic athletes of the past games.

Kohei Uchimura (31) is a gymnast and 7-time Olympic medalist (all-round, team and floor) standing on the podium winning 3 golds and 4 silvers. He is also a 21-time World Championship medalist.

Uchimura was already considered by many in artistic gymnastics to be the greatest gymnast of all time after his success at the 2012 Summer Olympics in London. He subsequently solidified this position in the sport further by following up his performance in London with additional and uninterrupted wins at every major competition throughout the next Olympic cycle. This lead up to his individual all-around gold-medal victory at the 2016 Summer Olympics in Rio de Janeiro.

He was the first gymnast (male or female) to win every major All-round title in an entire Olympic cycle, he did this not once but twice between 2009 and 2016. 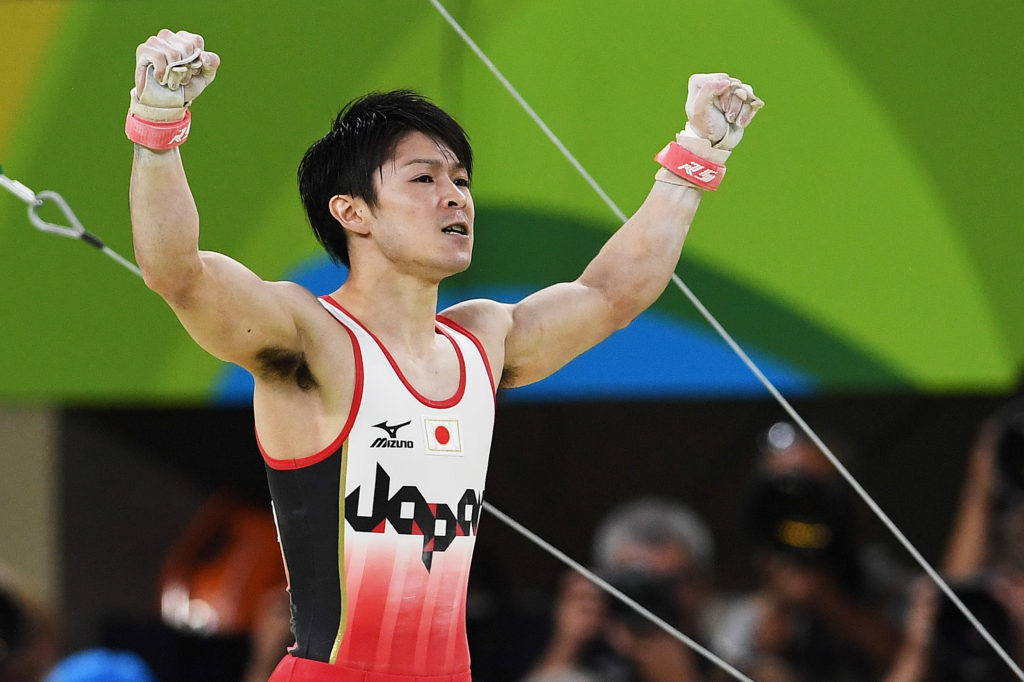 Regarded as one of, if not the greatest figure skater in history, Hanyu has broken world records an unbelievable 19 times, the most times among singles skaters since the introduction of the ISU Judging System in 2004. 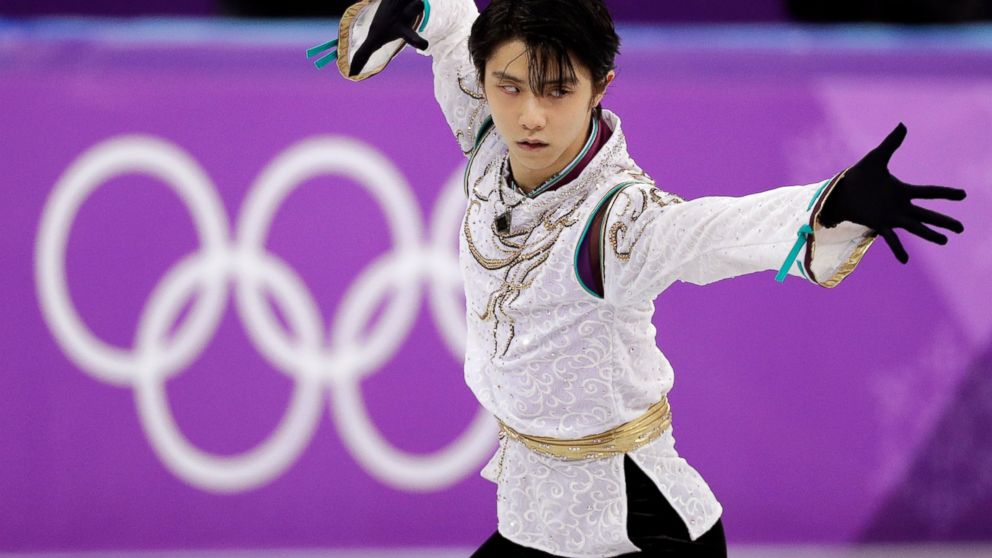 Kaori Icho (35) is a freestyle wrestler, 63kg class. She is a ten-time World Champion and four-time Olympic Champion, winning gold in 2004, 2008, 2012 and 2016, being the first female in any sport to win individual event gold at 4 consecutive Olympic games getting the top prize in Athens, Beijing, London and Rio de Janeiro.

Icho was so dominant in her sport that she went undefeated from 2003 all the way through to 2016, a run lasting an unprecedented 13 years! This is an amazing record and has got to put her among the world’s sporting greats.

Unfortunately, it’s not looking likely that she will be going for 5 straight Olympic titles on home soil at the Tokyo games. In recognition of her achievements she received the Peoples Honour Award from Japanese Prime minister Shinzo Abe in 2016. 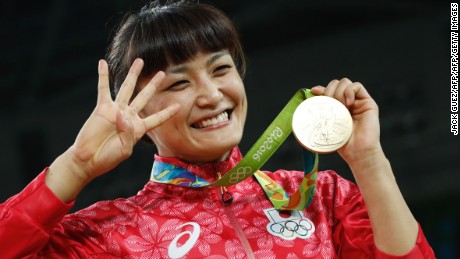 Sawao Kato (73) is a gymnast and one of the most successful Olympic athletes of all time, not just in Japan.  Between 1968 and 1976 over the span of 3 Olympic Games he won 12 medals, including 8 gold medals, 3 silver and 1 bronze. These medals are over a range of disciplines, team, all-round, floor, parallel bars, pommel horse and rings.

He won more Olympic gold medals than any Japanese Olympian and is second after Ono in the total number of medals. In 2001 Kato was inducted into the International Gymnastics Hall of Fame. 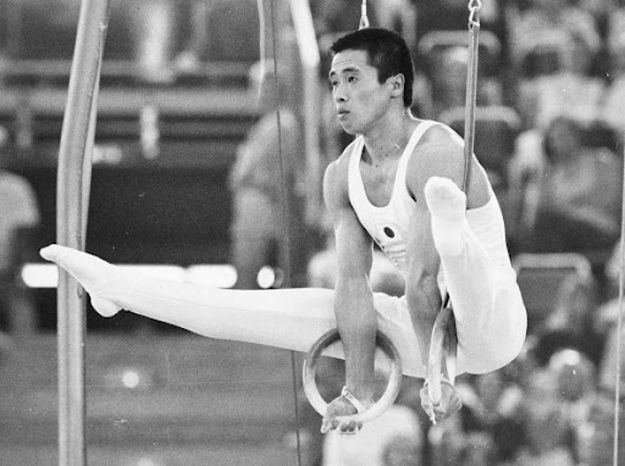 Kitajima is a decorated swimmer in the world championships and was the world record holder in the 100 m breaststroke that he set at the 2008 Beijing Olympics.

Throughout his decorated career he achieved medals at the Olympics as well as the World Championships, Pan Pacific Games and the Asian Games totaling 17 golds, 10 silvers and 8 bronze. 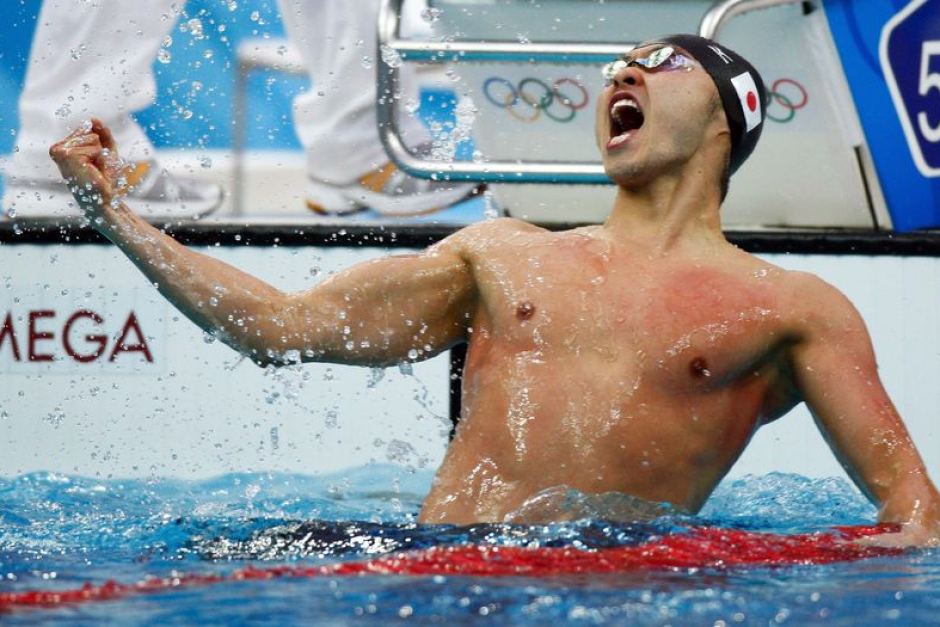 Mayumi Narita (49) is a swimmer, described as “one of the world’s best Paralympic athletes” by the International Paralympic Committee. Japan Today has described her as a “swimming sensation perhaps as great as the Thorpedo but whose name few know”. Overall, she has won 15 gold medals at the Paralympics, 3 silver and 2 bronze between 1996 and 2004

During the 2004 Athens games Narita was the games most successful athlete of any nation, in any sport. On the way to claiming her 7 golds and 1 bronze she set 6 world records and 7 Paralympic records.

Narita retired from swimming after the Beijing Paralympic Games, and then became involved in welcoming activities as an executive board member of the Tokyo 2020 Olympic and Paralympic Games Bid Committee. After Tokyo was selected as the host city, she was appointed to the Tokyo Games’ Organizing Committee. She has proposed ideas on how to make the 2020 Games a success, drawing upon her perspective as an athlete with a disability. 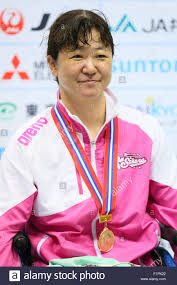 Tadahiro Nomura (45) is one of the most famous judo competitors in Japan. He is the only judoka in the world who has won three Olympic gold medals in a row (1996 Atlanta, 2000 Sydney, 2004 Athens) all in the extra lightweight (-60 kg) division.

As well as his 3 Golds at the Olympics, he claimed a gold and a bronze at the Judo World Championships in 1997 and 2003. 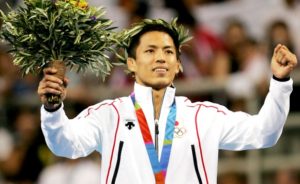 Saori Yoshida (37) is a former Japanese freestyle wrestler, 53-55kg class. From 1998 she won pretty much every major competition, including three Olympic Games, four Asian Games, and 13 world championships, and became the most decorated athlete in freestyle wrestling history.

Yoshida was the flag-bearer for Japan at the 2006 Asian Games and at the 2012 Olympics. In 2007, she became the first female wrestler to be named Japanese Athlete of the Year, and in 2012 she received the People’s Honour Award.

She was very close to matching Kaori Icho haul of 4 consecutive Olympic gold medals but unfortunately, she could only bring home the silver at Rio 2016. 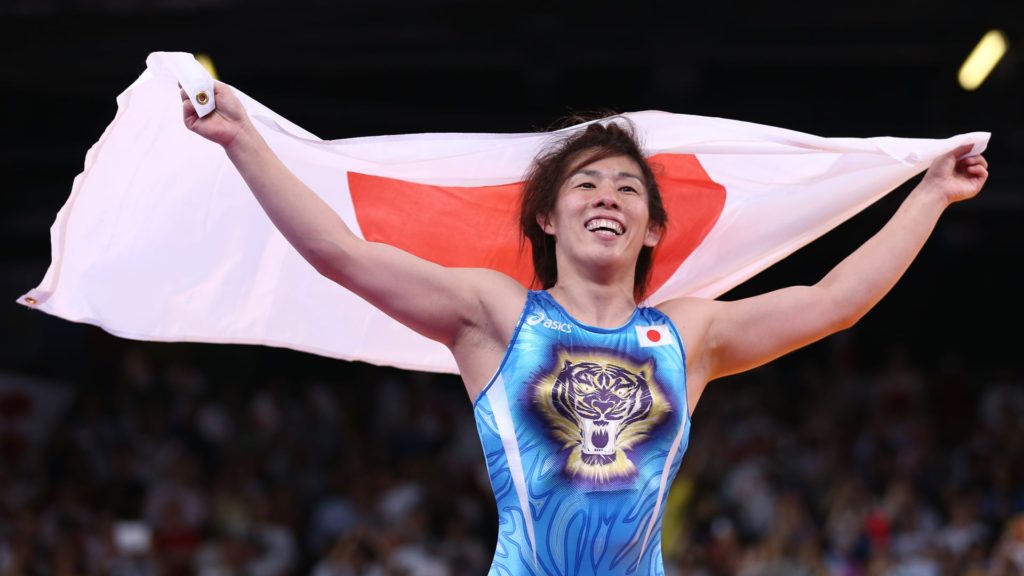