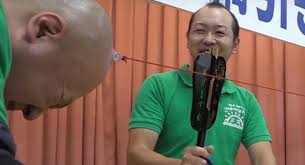 The Tsurutu City Bald Men’s Club is a group of a few dozen Japanese men who gather annually at a hot springs 700km north of Tokyo to compete in an epic tug of war event that is unlike any other.

It is an event you can only enter if you have one unfortunate trait…..a bald head.

The aim of the game….stick a suction cup to your opponents and your own bald head and join the cups via a single piece of red rope. Then when the signal goes pull until one of the suction cups detaches and you have yourself a winner. It’s a great way to see who has the best bald head in the country! 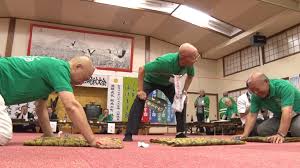 They also have a number of other events and games and have drinks and food together throughout the event.

The club, which has attracted roughly 65 members from all over the country since its founding in 1989, encourages people to “view baldness in a positive manner, to have fun, and to brighten the world with our shiny heads”, according to its website.

It looks quite painful but if you are going bald it’s probably best to accept the fact and make the most of it and what better way to feel proud of your baldness!