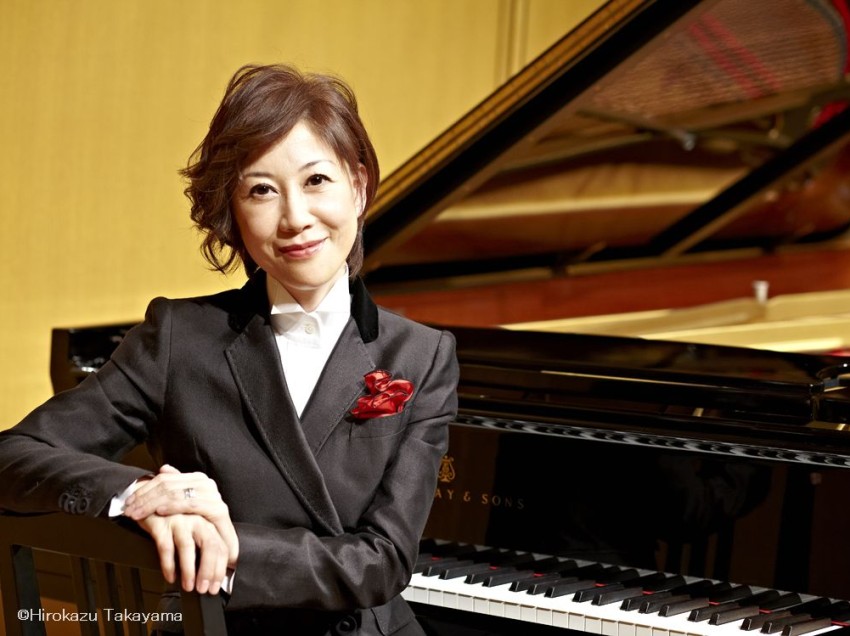 After the memorial concert held in St. Luke’s Presbyterian Church in Remuera, on the 24th of February, excited and moved to tears, I could briefly interview Ms. Johnouchi, the conductor. 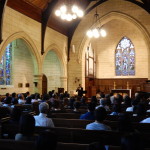 She composed and arranged the program we heard tonight. They are inspired by her view of life and death. She suffered aphasia (inability to produce speech) when she was a child, and her piano teacher suggested she compose as a way to express herself. 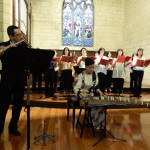 Her hit album in 2000, Hana, lead to the invitation for a UNESCO headquarter concert in 2003. In 2006 she was designated as UNESCO Artist for Peace, the first Japanese female composer and conductor. In 2007, a UNESCO committee was held in Christchurch, and she was asked by a Maori chieftain to compose a poem. She has been involved in World Heritage Torch-Run Concerts, and happily agreed to perform for the 5th anniversary of Cantebury earthquake.

I talked to Ms. Johnouchi about my own experience after the 1995 earthquake that destroyed 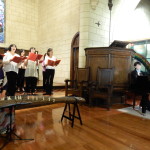 Kobe and neighboring areas. In one of the shopping malls that finally opened again after the devastation of the CBD, I saw a trio of Classic musicians playing in the hall and could not stop crying. I asked Ms. Johnouchi what she thinks of the power that art and music has on people affected by disasters. “When I play in front of people, say, in Afghanistan, I wonder if what they need is bread, not my music. But although bread fills hungry stomachs, how about their heart?” She insists that she cannot call herself ‘an artist’, but she wants to believe that what she creates reaches people, transcends cultures and religions, gives courage to overcome suffering. 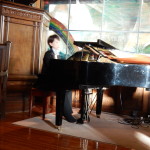 With two renowned artists, Hideyo Takakuwa, the flutist, and Nobuko Baba, the koto harp player, and members of local Japanese ladies choir Sakura no Kai, the music is the fusion of classic, Japanese, Asian, and modern. Healing. Redemption. And hope. Hope that we, too, can contribute to the peace of mind. Missa Johnouchi is a genuine artist, one of the finest Japan has to offer, who can reach the souls of people all over the world.

Please refer to the following websites to learn more about her career as a musician and as the UNESCO Artist for Peace. 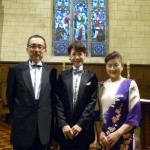