My Top Shrines In Japan

This popular shrine is said to have as many as 32,000 sub-shrines throughout Japan. It is famous for its beautiful thousands of vermilion Torii (gates), which straddle a network of trails behind its main buildings.

Itsukushima Shrine  is a unique shrine that looks as if it is floating in the sea. The O-torii Gate is usually half submerged in the sea, but you can walk to it from the seashore at low tide. This  amazing shrine was inscribed as a World Cultural Heritage Site in 1996.

Hikawa Shrine is not so big one but is known as the model of the shrine in a Japanese famous anime ‘Sailor Moon.’ If you have watched Sailor Moon, you will feel nostalgic. Even if not, you can experience this local shrine as there is a chief of the four kings, Bishamonten. 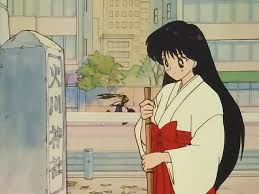 The shrine was originally built in 730 but the current structure was rebuilt several times due to fire and earthquakes. It is situated next to one of the most popular town, Akihabara in Tokyo. In May, the one of the three biggest festivals, Kanda Festival is held every two years. 100 portable shrines (Omikoshi) gather for this festival and a procession of 300 people parades through the streets of Tokyo.

Nowadays this shrine is popular among Otaku (geeks) because this appears in the anime “Love Live! School Idol Project.” Officially the anime is collaborated with the Kanda Myoujin Shrine.