Nagoro: The Valley of Dolls 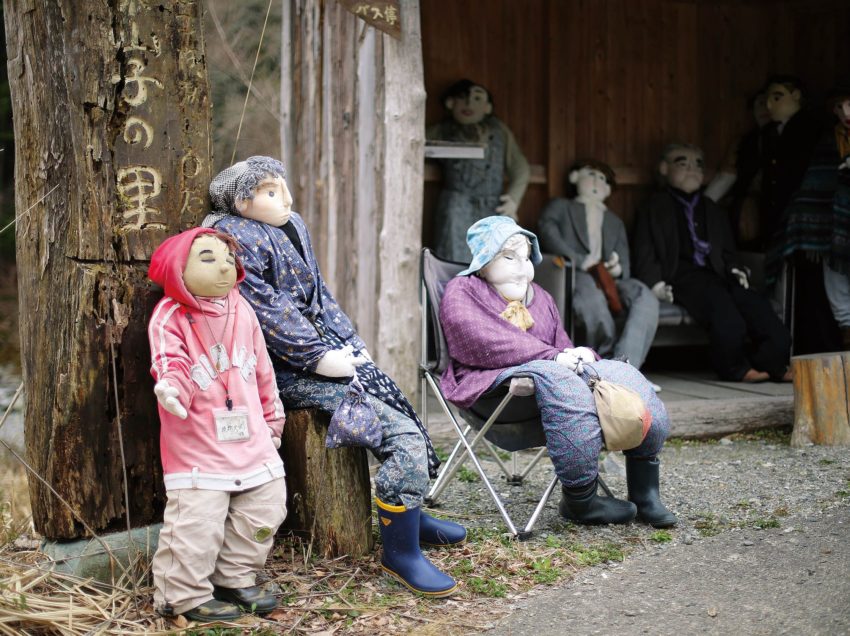 Across rural Japan many small towns and villages have dwindling and ageing populations.

After WW2, forestry and agriculture were the main economic drivers meaning many Japanese lived and worked rurally. Then during the 1960’s many people left for the booming economy in Tokyo where they could earn more money and experience a more exciting life.

The people who are left are slowly passing away leaving lots of abandoned houses and businesses and local councils are struggling to encourage people, especially youngsters, back into these rural areas, even with incentives such as cheap or even free houses.

So, what do you do in this situation if you live in a almost abandoned village?

In the tiny village of Nagoro, deep in the mountains of Tokushima Prefecture, western Japan, one local resident Tsukimi Ayano has come up with a unique solution.

From a distance entering the village it seems busy but as you get closer you realise that not a living soul is to be seen, as around 300 of the residence are actually life-size dolls handmade by Ayano San. The dolls outnumber humans 10 to 1 with only 27 real people left. 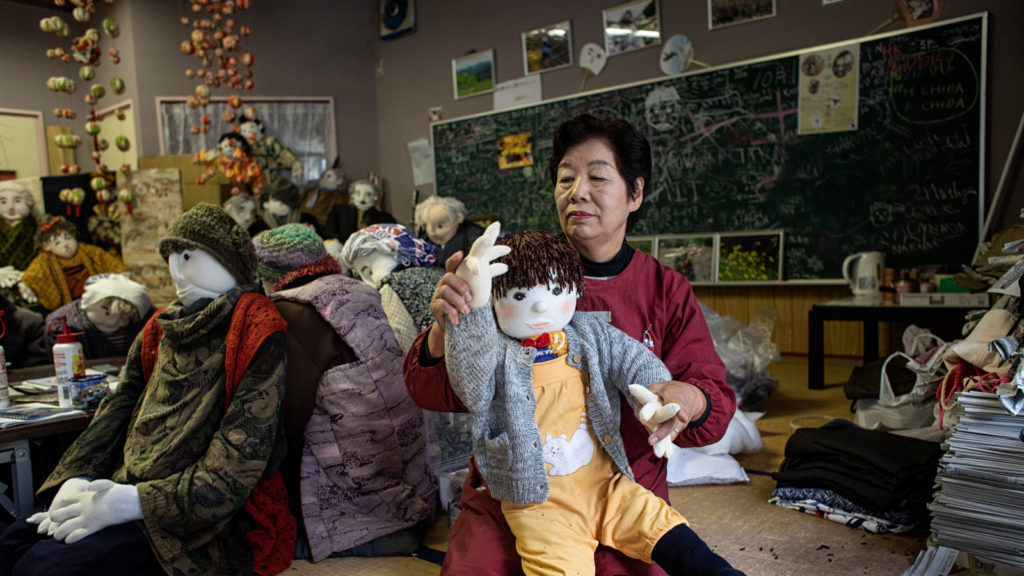 It started 16 years ago, when she returned to the village from Osaka after her father died. The dexterous Ayano made a scarecrow and dressed it in her father’s clothes to prevent birds eating the seeds she had planted in her garden. She could not stop laughing when a neighbour thought it was her father and said hello to the life-sized doll. This gave her an idea. 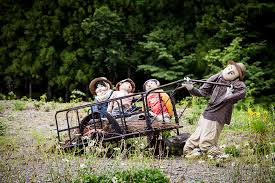 Since that day, Ayano has not stopped creating the life-size dolls. Each is made with wooden sticks, clothed bodies stuffed with newspapers, hands and faces detailed by stitching in stretch fabrics, and heads topped with knitting wool for hair.

To fully bring the dolls life, she applies pink colour to their lips and cheeks with a make-up brush. Ayano says it only takes three days to make one of the adult-sized dolls that are now scattered all around the village.

She has been on a mission to bring the village back to life even if it’s all make believe.

At the local school, she has placed 12 colourful child-sized dolls at desks, positioned poring over their books as if taking part in a class and children dancing in the main hall. The school closed several years ago as there was no one left to teach. 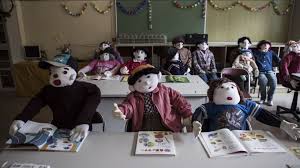 She did this as she missed children, as the youngest person currently in the village is 55 years old.

All the dolls are made and placed to resemble people that have left the village, you will find them fishing by the river, working in the fields as well as resting on benches along the road. Ayano says of her creations, “When I make dolls of dead people, I think about them when they were alive and healthy. The dolls are like my children.” 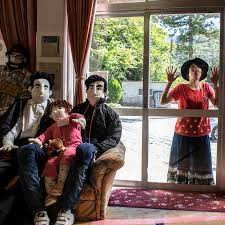 While never buzzing full of people, the Nagoro village that Ayano remembers was once a well-to-do place with some 300 residents and laborers supported by the forestry industry and dam construction work. But then people gradually left, and it became a lonely place.

While there is little evidence of citizens returning to Nagoro, Ayano’s dolls have attracted visitors from as far afield as the United States and Europe and have at least put her hometown back on the map and she promises to keep making the dolls as long as she is able.