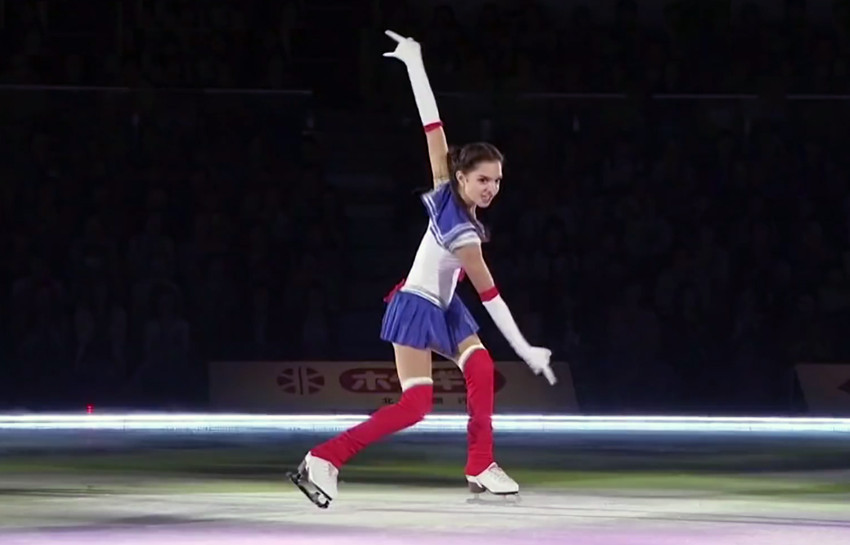 Every other year the International Skating Union holds its World Team Trophy in Figure Skating competition, with each participating country sending a team of eight athletes. All five competitions so far have been held in Tokyo, including this year’s event, which took place last weekend.

While it’s obviously an honour to be selected to represent your country, the venue no doubt meant that skater Evgenia Medvedeva was particularly happy about being picked as a member of Team Russia. 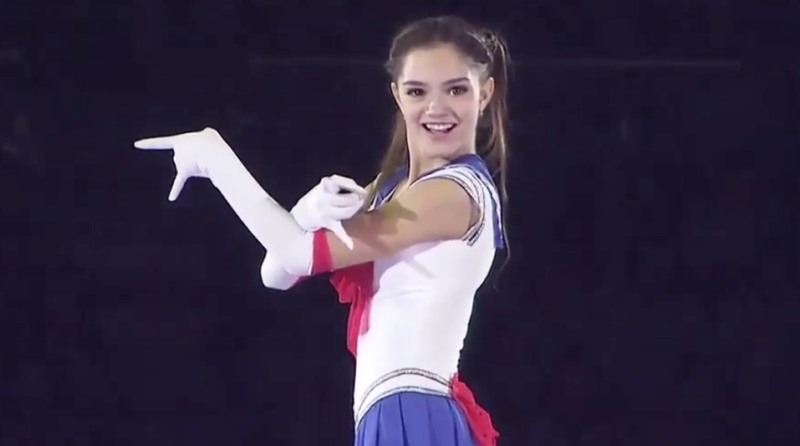 See, Medvedeva is a massive anime fan with a particular fondness for not only ice-skating series Yuri!!! On Ice but also the magical girl franchise Sailor Moon.

So for one of her performances at the event, Medvedeva decided to choose a piece of music the home-town crowd would instantly recognize and enjoy, “Moonlight Densetsu,” the original opening theme of the Sailor Moon anime and to go along with that she did the performance dressed as her favourite hero and using props in her routine.

Check it out below!