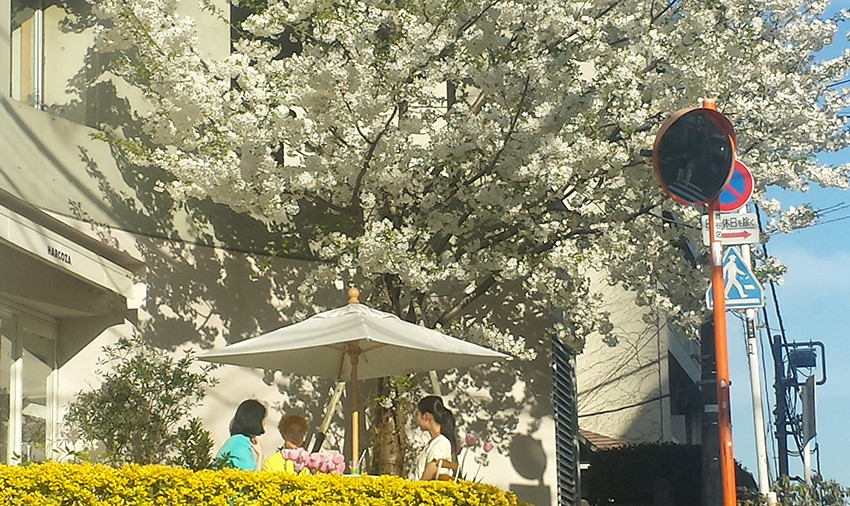 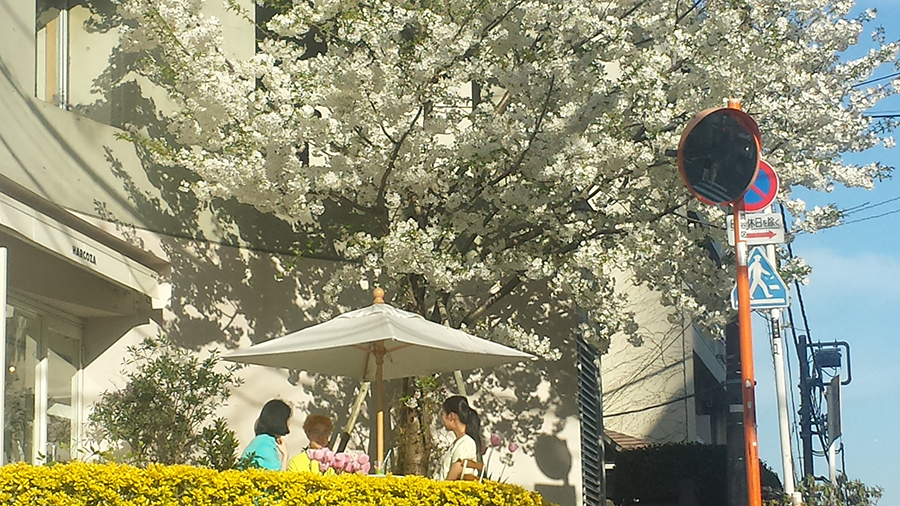 In terms of Japanese imagery, the Sakura (cherry blossom) must be one of the most symbolic out of all of Japanese art and culture. I have been back and fourth to Japan for several years, but have always seemed to miss the cherry blossoms that bloom in April. At last in 2015 I witnessed it for myself.
Yes indeed they are stunning trees, but why the obsession with the cherry blossom? There are many beautiful trees seasonally in many countries, is it the outstanding beauty of the Japanese cherry blossom or it it the sheer number of them?
Whilst the beautifully coordinated cherry blossoms in royal/zen gardens and parks are breathtaking, I for one would argue the random cherry blossom in front of the hair salon, or behind the greengrocer, or in between an apartment block is the real gem. They seem to pop out from nowhere. A reminder of mother natures true beauty whilst confined in this metropolis, perhaps?
The cherry blossom’s imagery is widespread through Japanese culture, from mass produced souvenirs to artisan products. It is the epicenter of Japanese culture, cited by famous poets, discussed by Japanese scholars and admired by everyday people.
The Sakura represents two core values of Japanese culture, an admiration for natures aesthetic as well as the beauty of its fleeting element, soon to wilt, due to its mere 10 day lifespan. It is a manifestation of the transience of life, pleasure and pain. It has also been said to represent the beauty of women and it is the one of only a few trees grown with a focus on its flower rather than its fruit.
The manifestation of the Sakura amalgamates in April with the ‘hanami’ event. This is the peak whereby they begin to bloom in most of the bigger Japanese cities. It works in an upwards spiral throughout the country lasting around a month.
This is where families, friends, lovers and work colleges rendezvous beneath the magical, blooming trees, drinking, eating and enjoying the moment. It is believed that in fact originally the ‘hanami’ festival was established by Japanese empires via rituals and traditions surrounding the trees.
With all the splendor, beauty and the joy of the majestic ‘hanami’, it is no wonder spring the season  known as ‘deai no haru’ which has a meaning akin to the season of unexpected meetings. I believe that in a modern metropolis like Tokyo where compared with the countryside one is some what disenfranchised from nature itself, the sakura bloom to remind the Japanese of their roots, the importance of enjoying life, appreciating beauty and accepting the short and fleeting nature of life. What do you think the Sakura represents?