The Snow Festival began as a one-day event in 1950, when six local high school students built six snow statues in Odori Park. In 1955 the Japan Self-Defence Forces from the nearby Makomanai base joined in and built the first massive snow sculptures, for which the Snow Festival has now become famous. The Self-Defence force nowadays use the event as a training exercise transporting the huge ice blocks into position and help creating the masterpieces alongside artists and local citizens and visitor’s. 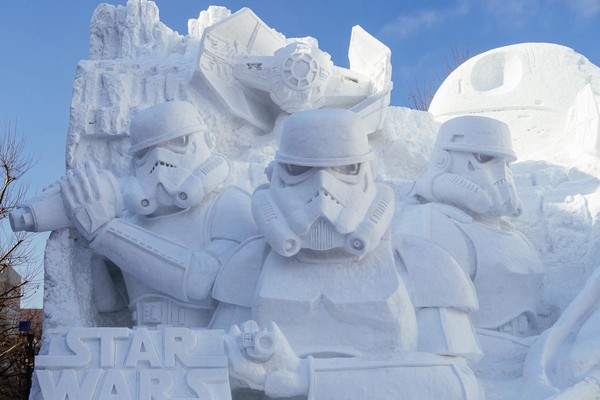 The event is spread over three main sites, the 1.5km long Odori Park which is where the festival first started, features around a dozen huge snow sculptures that can measure up to 25 metres wide by 15 metres high, these are lit up daily to make the impressive exhibitions come to life. The subject of the statues varies and often features an event, famous building or person from the previous year.

The sculptures double as stage for live music and performances for people to enjoy. There are also hundreds of smaller snow statues and artworks as well as an ice skating rink and an International snow sculpture contest so there is plenty to see during your visit. 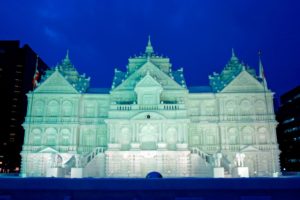 The Susukino site which is located in Sapporo’s largest entertainment district features many more ice sculptures for the crowds to enjoy, upwards of 100. There is also and ice bar to warm up with a hot drink. It is located only one subway station away from Odori Park so it is easy to see both sites in one go.

The third location is the action packed family area called the Tsudome Site. This site is accessible by shuttle bus from the Odori Site. This area features different types of snow slides you can race down in rubber rings as well as snow rafting, snow mazes as well as more sculptures to admire. Here you can find a wide range of food stalls featuring many of Sapporo’s local delicacies and a large stage that hosts events and entertainment. 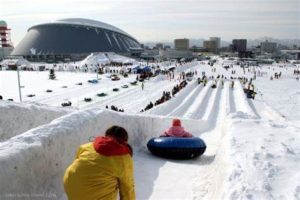 The video below from YouTube shows you many of the events and sculptures that featured during last year’s festival so it gives you a taste of what to expect, I especially love the Star Wars sculptures and the train, the attention to detail and size of these sculptures is really impressive and I’d love to see them for real. Don’t forget though if you visit to wrap up warm!