My father was a great fan of Shiko Munakata, a renowned woodblock painting artist. Fukumitsu town to the west of Nanto city has an old house the artist had built and lived after the war, adjoining gallery, and a museum in its outskirts with some of his works.

The small humble house not far from the main street is not just a place for fans to visit. The 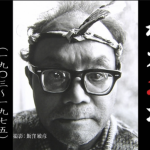 toilet walls and even the ceiling were painted all over by him, because he believed ‘the toilet is the most sacred space in the house.’ His art is not everyone’s cup of tea. My husband described it as ‘children’s graffiti’. (He says the same of Picasso.) I agree to some extent, but his 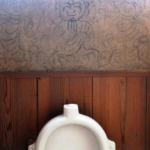 art is so original and ahead of his time while inspired by traditional Buddhism, it sure will inspire young artists of today. Actually his work displayed in the museum, Ten Disciples of Buddha, did inspire Takashi Murakami, a modern artist with his work 500 Arhats.

Now that my art galore in Nanto City is over, I repeat myself: Small towns in rural Japan have so much to offer. Make a quick search online and get out of big cities to find a hidden gem.

Series Travel Japan No. 4 Escape to the country – Nanto City