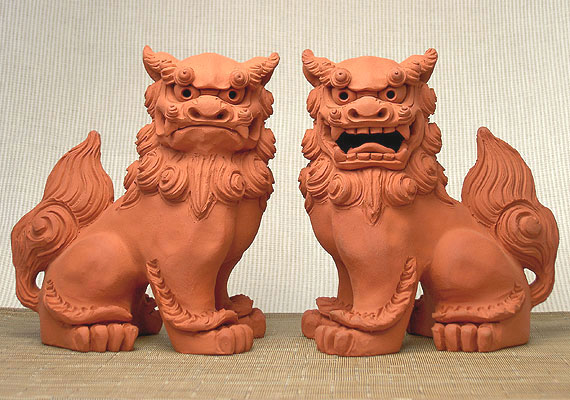 If you go to the amazing Okinawa islands you will notice pairs of Shisa everywhere, in doorways, on roofs, in shop fronts and especially in souvenir shops.

Often put in doorways, either side of an entrance, the Shisa are always in pairs. There are a few different explanations but one of the most common is that the closed mouth female keeps the good spirits in and the open mouthed male scares the evil spirits away and keeps them out. 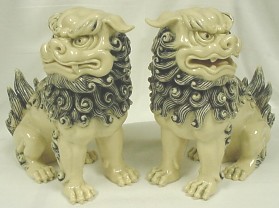 As with most Japanese creatures there are many tales and folklore surrounding the Shisa. One such legendary tale is that of a monstrous sea dragon terrorising the tranquillity of Madanbashi, a village at Naha Port Bay.

It all began with a necklace decorated with a shisa figure that was given to a king at Shuri Castle by a Chinese emissary. It was when this same king visited Madanbashi that the sea dragon began another infamous attack. Terrified, all the villagers ran away to hide.

It was then that the local noro (a priestess) recalled a dream she recently had. She was to inform the visiting king to stand on the beach with the Shisa figure held high towards the dragon. She gave this information to a young boy, Chiga, who delivered the message to the king. From there the king went to face the dragon and performed the actions as told by Chiga. 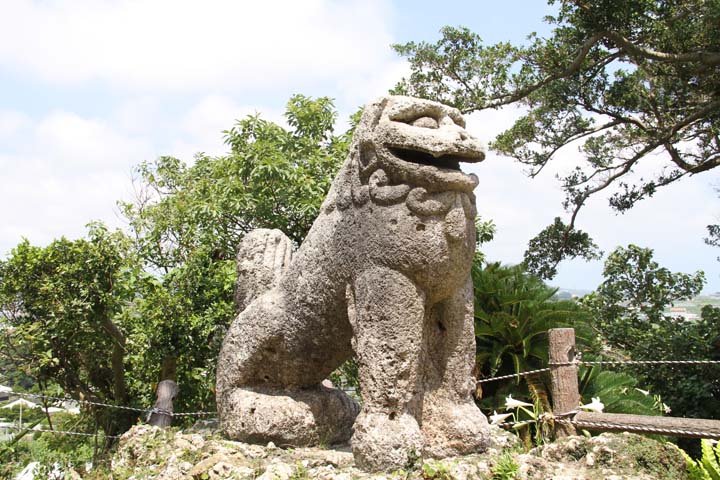 Once the shisa figure was held before the monster a mighty roar sounded throughout the village, a roar said to be so powerful that it shook the dragon itself. From that roar a gigantic boulder fell from the heavens and crashed the dragon’s tail. Without being able to move the dragon eventually died. In time the boulder, and the dragon’s body, became overgrown with trees and plant life, and can still be seen to this day as the Gana-mui Woods.

Like most tales, this story has many variations and differences, one involving the sea dragon arrogantly mocking the shisa’s power due to its size. This greatly angered the shisa enough to roar so loudly that it lead to aforementioned events regarding the boulder.

Overall, no matter what the variation, the core premise stays the same. The townspeople eventually built a large stone shisa in order to protect them from any other evil threats.

To this day Shisa are found everywhere around the islands and are a symbol of Okinanawa life and you can even buy a pair for your own home or workplace. There are also many places where you can make your own out of clay which is very fun. We have our Shisa that we made last year at home guarding our house. 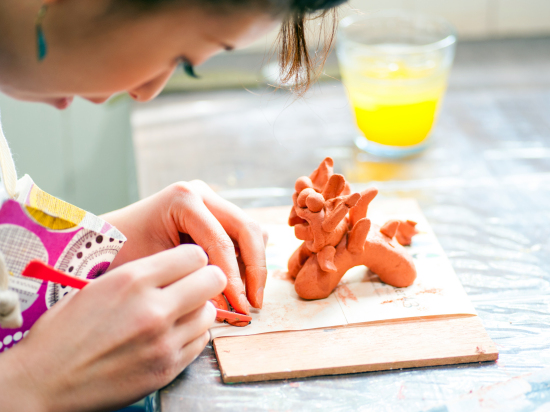 The Shisa is unique to Okinawa but on mainland Japan they are known as Komainu and are found at many Shinto shrines, Buddhist temples and homes of nobility.

Variations are also found in China, known as Fu Dogs and many other parts of East Asia.